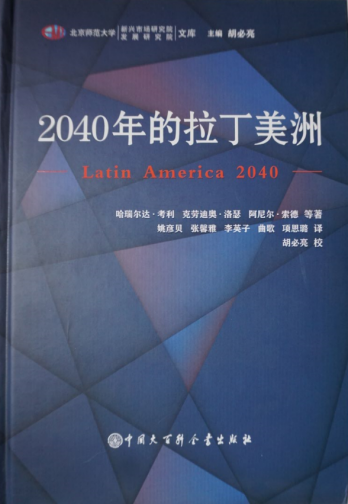 Currently, Latin America is at an important node in its economic development history. On the one hand, Latin American countries have been relatively successful in fields of economic growth and macroeconomic management in the past 10 years. Some countries even have a tendency to reverse the widening income gap created earlier; on the other hand, Latin American countries, in general, have fallen into a "middle-income trap", with underlying and deep-seated contradictions still numerous. The problem is still serious.

Latin America in 2040, by Harinder Kohli, Claudio Loser, Anil Sood, etc.,  outlooks to the long-term prospects of economic, social and political development in Latin America, sets out the focus of the current policy debate in the region and the immediate action plan to be taken, and proposes solutions to key issues such as narrowing the income gap in the region and promoting sustained economic growth.