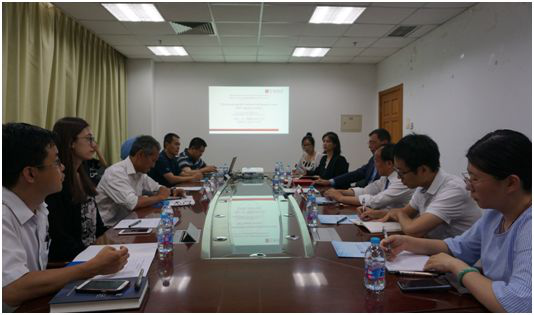 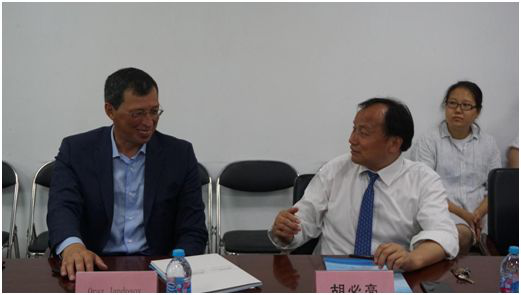 Dean Professor Hu Biliang said that on the occasion of the fifth anniversary of  proposing the 'Belt and Road' Initiative, the establishment of the Joint Research Center would play an active role in promoting the communication between China and Kazakhstan under the framework of Belt and Road. “KIMEP University of Kazakhstan, as an excellent comprehensive university in economics and management with an international background, has produced an impressive number of outstanding international talents”, Professor Hu said. He further indicated that in the future, there was a possibility that EMI would strengthen the exchange of scholars and students with both of the two universities in that region; as well as actively carry out field research and enterprise projects for the purpose of academic communication and

implementation, to contribute to the transition of talents from school to society. 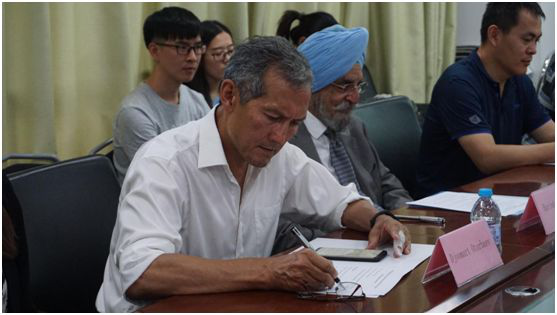 At the signing ceremony, Distinguished professor Jandosov first introduced the basic situation of KIMEP University, as well as the city of KIMEP University located at, the former capital of Kazakhstan, Almaty, which is now the financial center of Kazakhstan and Central Asia. Then, he focused on introducing the exchange activities between Chinese and Kazakh scholars since the implementation of the 'Belt and Road' initiative. He emphasized that the exchange of education is the core to promote economic development, and outstanding well-educated talents, as a new intellectual force, can play an important role in the governments and enterprises. 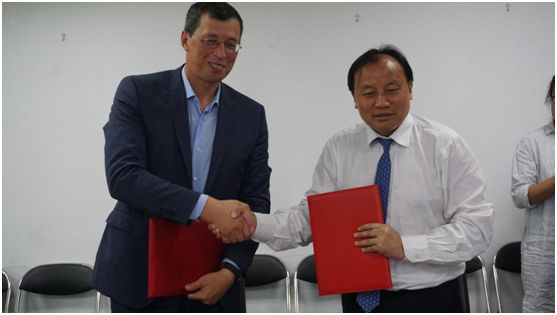 Distinguished Professor Djoomart Otorbaev, analyzed the importance of China-Kazakh cooperation from a political point of view and illustrated the necessity of 'Belt and Road' implementation. He said, Kazakhstan, as a common neighbor for both China and Kyrgyzstan, is an important gateway to Central Asia. The developmental achievements and the efficiency in infrastructure construction of Kazakhstan since the cooperation with China after the implementation of 'Belt and Road' , provide a positive example for other belt and road countries and regions. In his view, the GDP calculated based on PPP created by the Shanghai Cooperation Organization (SCO), in 2017 was at the same level as the G7 and surpassed in 2018, reflecting a trend of rapid economic growth in regional cooperation. China's own achievements since the implementation of 'Belt and Road' and the economic growth consequently brings to the cooperative countries along the path, embodies the guiding principle of 'Belt and Road' initiative: 'win-win'; and thus, the inevitability of its implementation. 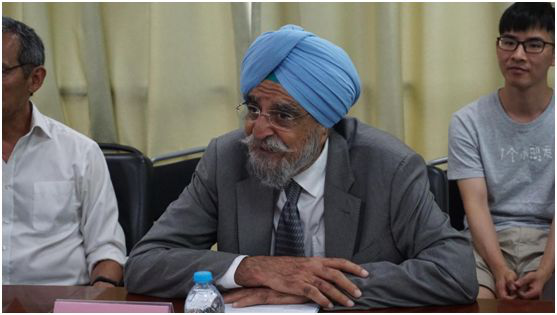 Harinder Kohli, chief executive of the US Emerging Markets Forum, analyzed the rationality of the establishment of Belt and Road initiative from an economic point of view. He believes that China as the world's largest consumer market, its potential is unlimited. The implementation of the 'Belt and Road' initiative brings opportunities not only for Chinese enterprises to go out, but also for infrastructure construction and comprehensive educational resource exchanges in neighboring countries.

The Kazakh Institute of Management, Economics and Strategic Research (KIMEP) is the oldest and largest American-style university in Central Asia. Aware of the urgent need for Western-style education in the current economic and social environment of Kazakhstan, President Nursultan Nazarbayev of the Republic of Kazakhstan, decreed the establishment of the KIMEP University predecessor, the Kazakhstan Institute of Management, Economy and Strategy,  ‘KIMEP’ name for this acronym, grew into one of the world's leading universities today. The university currently offers 10 undergraduate degree programs and ten master's programs. All KIMEP degree programs are taught in English .

Kazakhstan is an important partner of China in Central Asia. The establishment of the partnership with KIMEP University in Kazakhstan contribute to promoting and implementing the ‘Belt and Road’ Initiative in Central Asia.