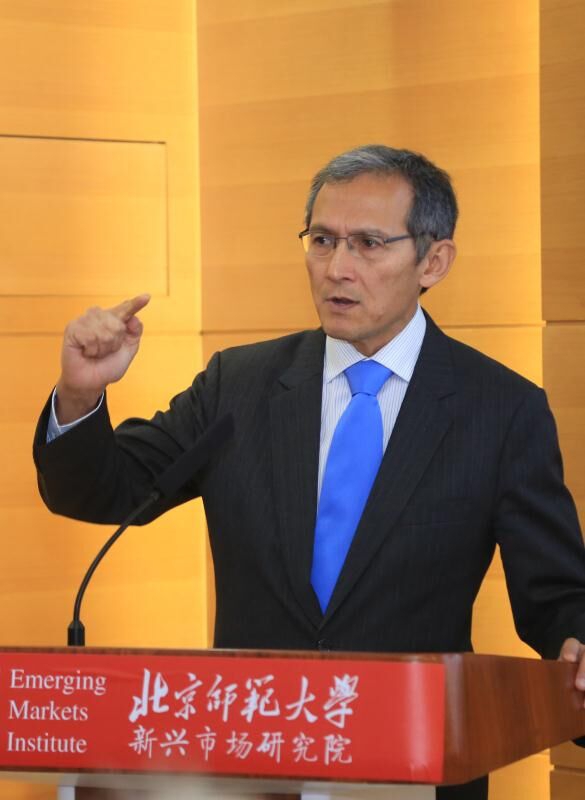 and Former Prime Minister of the Kyrgyz Republic.

I truly believe that the strengthening of China's role in the world is the most notable achievement of our generation. And I'm especially proud that it is happening to our neighboring country.

Among the remarkable achievements China has made in the last five years, it is worth mentioning its continued process of poverty eradication, its solid economic growth combined with the significant investments to improve infrastructure, and its efficient structural reforms. China has clearly stepped up to lead on global issues.

From the government report made by the Chinese Premier in the first session of the 13th National People's Congress, it is obvious that the country will come through quite challenging times in the future. There will be continuous attention to its macroeconomic stability to keep growth stable. I agree that in the future there will be new fundamental drivers of growth, such as service sectors, digital and financial technologies, and some other emerging factors. Special attention will be devoted to housing, mobility and urbanization as well as to the agriculture and food safety. To any sector which can deliver the demands of the rising middle class one has to devote special attention.

I see enormous opportunities through improvement of connectivity among the economies along the Belt and Road, among which are the Central Asian countries. This initiative should become the key driver of growth for the whole world. It will not be easy, but it should be implemented successfully.

The year 2018 marks the 40th anniversary of China's reform and opening up policy. Everyone around the world admit that it was indeed a time of economic miracle, bringing China's "hard power" (economic, financial and military powers) to world class heights.

However, it is critically important that upon the celebrations of those achievements, Chinese people and the friends of China can draw some lessons on what and how to do things even better in the future, especially when we are now living in an increasingly complex, multi-dimensional, and interdependent world.

My proposal is that for the next 40 years a special priority must be devoted to the development of "soft power." Countries around the world have gradually realized that the application of "hard power" alone can no long

er achieve the desired results on international scene, to bring our world to a more harmonious status. It will be increasingly important to improve the quality of their "soft power", including their capacities to encourage collaboration, to build networks and relationships.

"Soft power" implies the ability of the nation to attract attentions of others. Becoming an important soft power player, one must first learn how to tell stories of the country, and secondly, understanding how to deliver them to the audiences. Let's all of us work in that direction.