China most popular destination for study abroad in Asia 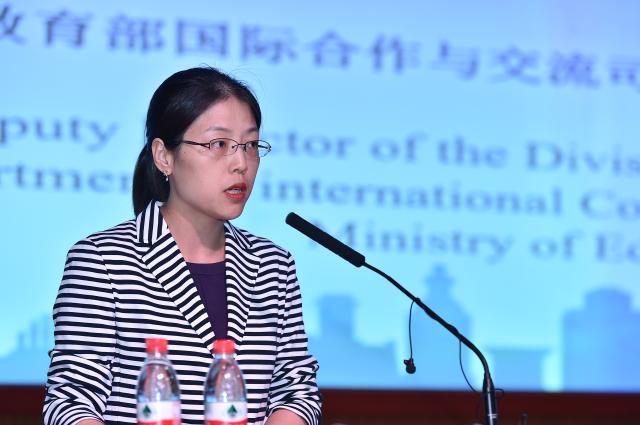 Liu Xiao, deputy director of the Division of Study in China, Department of International Cooperation and Exchange, Ministry of Education, gives a speech during the graduation ceremony at the Emerging Markets Institute, Beijing Normal University, on June 27, 2019. [Photo provided to chinadaily.com.cn]

China has become the most popular destination for studying abroad in Asia, said Liu Xiao, deputy director of the Division of Study in China, Department of International Cooperation and Exchange, Ministry of Education, on Thursday.

In 2018, more than 492,000 international students from 196 countries came to China to study at 1,004 universities and colleges, scientific research institutes, and other educational agencies.

Among them around 52.4 percent aimed to obtain a diploma, Liu added.

The Chinese government last year sponsored scholarships for study in China for about 63,000 international students, about 90 percent of whom were pursuing a diploma, Liu said at the 2019 graduation ceremony and fifth anniversary of the master's program for developing countries at Beijing Normal University (BNU) in Beijing.

Since its establishment in 2011, the Emerging Markets Institute (EMI) has worked on subjects such as emerging markets, South–South cooperation, the Belt and Road Initiative, and global development, according to Wang Shoujun, vice-president of BNU. 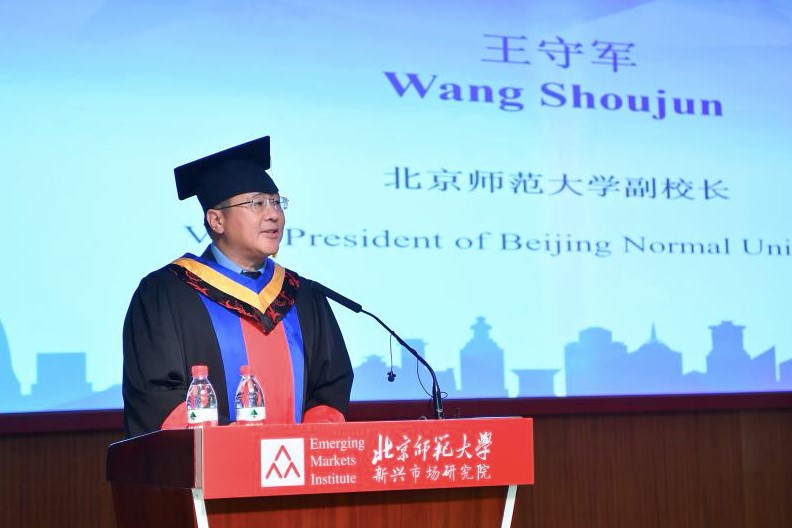 Wang Shoujun, vice-president of BNU gives a speech during the graduation ceremony at the Emerging Markets Institute, Beijing Normal University, in Beijing on June 27, 2019. [Photo provided to chinadaily.com.cn]

Phelisters Wegesa Marwa, an EMI 2017 graduate, expressed her hopes for new graduates, saying, "Go out and make significant change; use what you produce as a way of giving back to the society."

"We need to put all these experiences and knowledge learned from this program into practice at the service of our countries, to contribute to the development that our emerging markets demand so much for the construction of a better future," said Yeniffer Del Valle Lopez Lizcano, an EMI graduate from the Ministry of Defense in Venezuela.

The program has since 2014 trained 182 students from 61 countries. The graduates are playing an increasingly significant role in their respective fields, promoting economic development and cooperation between China and their home countries.

The international MBA program hosted by EMI is designed to foster senior government officials, scholars and managers for recipient countries. The program aims to train promising and interdisciplinary talent working in politics, economics and trade, providing intellectual support for the economic and social development of recipient countries.