[Conference] Hu Biliang, Dean of Emerging Markets Institute, attended the seminar of the 40th Anniversary of China's Reform and opening up held by Australian National University 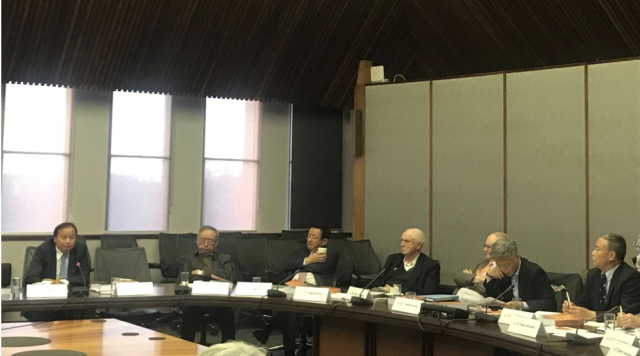 Professor Hu Biliang, Dean of the Emerging Markets Institute, was invited to attend the seminar and spoke at the round-table forum and the thematic forum on 19th and 20th respectively. At the round-table forum, Professor Hu Biliang clarified and responded to variety of views expressed by the international community on "Belt and Road" Initiative. At the forum, Professor Hu Biliang with Professor of Economics Dwight Perkins, Harvard University; Professor of Economics Lin Yifu, Peking University;and Professor of Economics Song Ligang, Australian National University delivered a speech on "China's economic transformation". It mainly talks about China's transition from closed economy to open economy system. In particular, it emphasizes the basic idea, main measures, development progress and the important work of opening up that China needs to improve in the next step through the construction of "Belt and Road"Initiative in the new era. 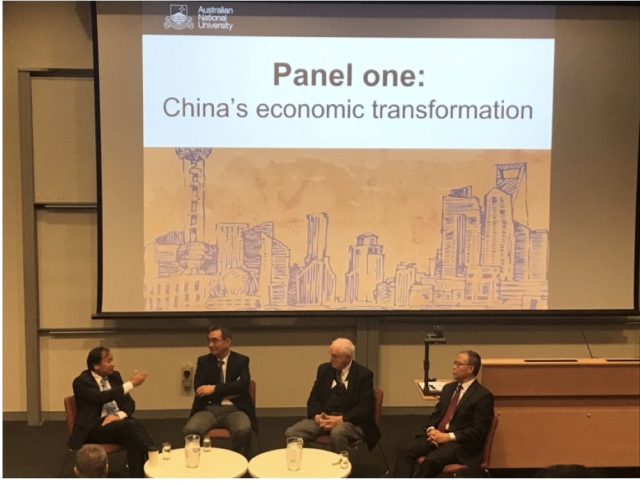