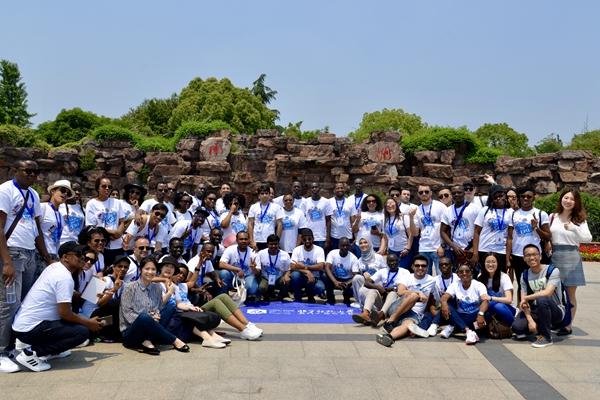 MBA student 2018/19 of Emerging Markets Institute on a field study trip to Jiaxing in Zhejiang province on May 9, 2019. [Photo courtesy of EMI, BNU]

The four-day event was hosted by BioAsia, a Jiaxing-based biotechnology company, during which students have visited companies of both high-tech and labor-intensive industries, drawing on local experiences in regard to industrial upgrading and the overall transformation of Jiaxing since China’s reform and opening up 40 years ago.

As part of EMI’s MBA program, such field study trips are organized twice a year, providing opportunities for high-end and inter-disciplinary talents from developing countries to build their intellectual capacity from examining successful cases of economic reform and offering possible suggestions for the social and economic development for their home countries.

Since its first launch five years ago, the program has conducted field studies respectively in poverty-stricken cities in northwestern China like Shangluo in Shaanxi province, developed cities in south China notably Dongguan of Guangdong province, as well as cities in central China like Hebi of Henan province. This is providing students with a wealth of knowledge on topics concerning poverty alleviation and wealth utilization based on Chinese experiences.

"China sees an increasing amount of outbound investment in countries along the Belt and Road. The employment opportunities thus created increase the need for such an education program for talents from developing countries to study in China, so as to deepen their understanding both about China and emerging markets," said Professor Hu Biliang, dean of EMI and director of the Belt and Road Research Institute of BNU, at an interview on May 7. 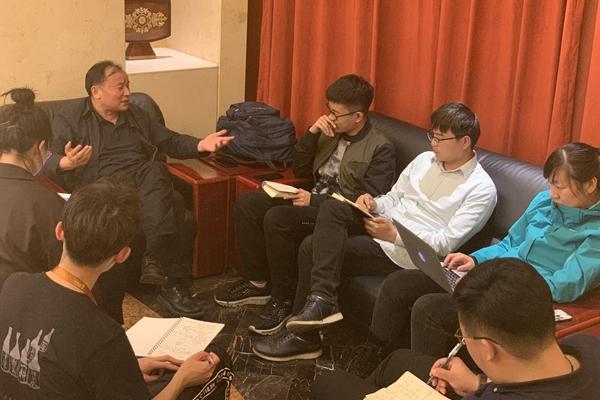 Interview of Professor Hu Biliang, dean of EMI and director of the Belt and Road Research Institute of BNU on May 7, 2019. [Photo courtesy of EMI, BNU]

According to Hu, EMI stresses to raise awareness of a "third approach" offered by China for economic development, which is different from that of the United States and the EU. However, he admits this "third approach" is by no means universally applicable, and each developing country should choose their own path of economic reform based on their unique national conditions.

He said: "Similar to the path dependence theory in economics, the strategy adopted for economic and social development is deeply rooted in the unique history and culture of every nation… Therefore, we are dedicated to developing students’ intelligence capacity of establishing a unique pathway which best fits their distinctive national conditions."

In order to achieve such objects, the curriculum of EMI's MBA program has also undergone constant adjustment according to both student feedback as well as major global trends. For example, with the increasing influence of developing countries, two classes are planned to be added to this program -- the Introduction to BRI, and the Practical Greater Bay Area Development, hoping to provide more diverse perspectives of economic reform.

"As an increasing number of case studies in developing countries have demonstrated the practicality of China's experience for social and economic development, EMI's MBA program stands out as it helps students improve their understanding about such experience, and provides references for the development of their home countries," Hu said.