《BeiJing Review》:All for one or one for all? 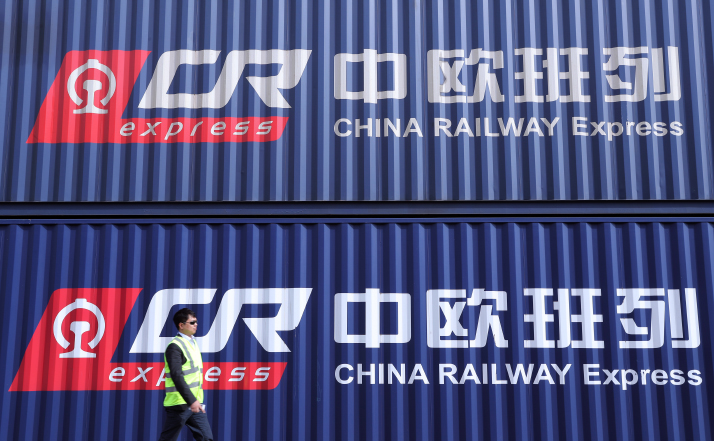 German newspaper Handelsblatt reported in April that the ambassadors to China of 27 European Union (EU) member states had compiled a report criticizing the Belt and Road Initiative for unfairly advantaging Chinese companies, dividing the EU and hampering free trade. In short, according to the report, the initiative serves only the interests of China itself.

Given that this mega-scale development concept was proposed only five years ago, and much of the affiliated construction work is still in its initial stages, it is not surprising that multiple opinions and viewpoints abound.

Thus far, a batch of investment and construction projects involving infrastructure and energy have been launched along with supporting financial institutions such as the Silk Road Fund, the Asian Infrastructure Investment Bank (AIIB) and the New Development Bank (NDB), all of which were made possible through international cooperation. China has also tried to pool international wisdom and increase global understanding of the Belt and Road Initiative by hosting a variety of mutual exchange programs including the Belt and Road Forum for International Cooperation last year.

Yet in spite of these efforts, international understanding of the initiative remains inadequate, and the reasons why deserves circumspection.

One popular view among Belt and Road skeptics is that Chinese enterprises monopolize Belt and Road projects, with few foreign companies afforded the same breadth of opportunity. Some claim this is the result of preferential treatment in the awarding of public contracts. However, by this logic, if the Belt and Road Initiative—an international development roadmap—served only the interests of China, it would be ill-supported and unsustainable, eventually damaging the interests of the Chinese companies which provide the investment, and ultimately China itself.

So why does such an impression exist despite being illogical?

At the initial stage of Belt and Road construction, most undertakings are large infrastructure projects which require heavy investment, a lengthy construction process, and high risk with limited short-term return. China intended for international collaboration on such projects, but few countries or overseas companies have been willing to get involved during these nascent phases, or to share the risks together with their Chinese counterparts.

In light of this, some Chinese state-owned enterprises have had no choice but to carry on by themselves at the initial stage. Once the backbone of these infrastructure developments is complete, the investment landscape of the countries in which they are located will be drastically improved and the corresponding risks will be greatly reduced. At this point we will likely see more and more investment from diversified sources choosing to become active in projects along the Silk routes.

Some claim that the Belt and Road Initiative gives China convenient access to raw materials. There is nothing fundamentally untrue about this claim, nor is there anything wrong with raw material trading with countries along the Silk routes according to the rules of international trade. This exchange of goods not only meets the demand in China, but also significantly contributes to the economic development of the exporting nations. All these trade practices conform to international trade rules, and are based on mutual benefits free from coercion.

It is also true that the development of the Belt and Road Initiative can help reduce China's surplus capacity. Some Chinese enterprises are moving production capacity to these countries—reducing China's surplus capacity but at the same time, and perhaps more importantly, promoting the industrialization of these partner nations. For instance, in China, excess production capacity exists in the steel, cement and plate glass industries, yet these materials are in high demand among developing countries looking to rapidly build their infrastructure. Therefore, China's international capacity cooperation is an arrangement mutually beneficial by design.

While many misunderstandings over the Belt and Road Initiative are attributable to insufficient knowledge, some of the criticisms mentioned in the report are less defensible, and the claims that the initiative aims to divide the EU and shape globalization to suit China's own interests lacks any coherent justification.

China has always been a staunch supporter of European integration. During the course of this process, China has deepened cooperation with EU members in the construction of ports and railways in an attempt to bolster economic and trade relations between China and Europe. This can not only strengthen ties between China and Europe but also drive the process of European integration and economic synthesis across Eurasia. It thus seems contradictory to suggest that China's intention is to divide the union.

It is also explicit that the Belt and Road Initiative represents a new way to safeguard globalization. It is a program devised to serve the shared development of both China and the world, particularly focused on facilitating the economic take-off of developing countries.

China has declared explicitly to build the Belt and Road international cooperation platform jointly with partners to ensure that the program would be a collaborative one. It has also been stated on numerous occasions that the Belt and Road Initiative aims to build a community with a shared future for mankind together with every member of the international community. China has made joint efforts to build multilateral financial institutions such as the AIIB and the NDB so as to provide financial support to developing countries trying to improve infrastructure, while the Center for International Knowledge on Development looks to share China's development experiences with other emerging economies.

China's efforts toward safeguarding globalization will likely help the country gain greater influence in the global arena. But this influence is a positive one which can help enhance the sustainable growth of the global economy, build a world without poverty, advance globalization, improve systems of global governance and promote the common development of mankind while safeguarding world peace.

The report also accused the Belt and Road Initiative of hampering free trade. On the contrary, by linking different regions through the construction of infrastructure, transport and economic corridors, the initiative can in fact create a more liberalized and open environment for international trade. Through the establishment of a worldwide network of transport and infrastructure, more players than ever before will be able to partake in global trade, heralding a new era of participation in international exchange.

Another recent accusation, by Indian scholar Brahma Chellaney, is that the Belt and Road Initiative represents a kind of creditor imperialism. According to Chellaney, by providing large quantities of cheap debt to countries along the Silk routes, China is purposefully creating a "debt trap" for these governments, forcing them to cede both natural assets and sovereignty. Chellaney's idea was later seized upon by the media in the United States, Japan and Australia.

Indeed, much of the financial support for the construction of Belt and Road projects comes from Chinese or China-proposed financial institutions, and so some countries have borrowed a large number of cheap loans from China. But it is a big leap to assume that China is intentionally creating a debt trap from which it can benefit further down the line. In promoting the initiative, China has followed the principles of broad consultation, joint contribution and shared benefits, neither enforcing political conditions nor coercing others into deals. Every arrangement is based on voluntary and equal cooperation.

Prior to collaborating on projects, China and its partners conduct a joint assessment on the sustainability, economic and social benefits of projects, in an attempt to avoid risks and potentially negative outcomes for either party. For example, total investment in the China-Laos railway project is $7 billion, of which $2.1 billion is funded by the Laotian Government by borrowing a 30-year low-interest loan from the Export-Import Bank of China. According to the deal, the Laotian Government will pay back $0.1 billion every year. After a feasibility assessment, both countries agreed that such a plan is workable, and even if the Laotian Government is unable to meet the financial repayments, it can instead opt to provide China with potassium carbonate, a common trade item between the two countries, as a substitute for cash. This is an example of how Belt and Road collaboration is premised on the basis of equality, mutual benefit and trust.