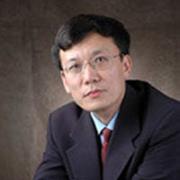 David's career has crossed over entrepreneurship and academics. He worked in four companies in the IT industry (1994-2004), serving as an Engineer, Director of R&D, VP, CEO and Chairman. He was granted various awards for scientific and technological innovation in China.

From 2004 to 2014, he returned to Tsinghua and served as Director of the Development Office of the School of Economics and Management (SEM). He was in charge of activities of SEM's Advisory Board, which consists of top executives of the world's largest corporations and top Chinese government officials. He is Executive Dean of Schwarzman College, Tsinghua University. He also has taught courses including Managerial Economics, Corporate Governance, FDI and MIS, and has conducted research in the areas of corporate governance, corporate development, Chinese economic history, and Belt and Road study.

David received a BE in Applied Mathematics and Computer Science from Tsinghua University in 1985. He then studied a Master's in Economics and Ph.D. in Finance (1985-1990) at Tsinghua SEM, before earning a Master of Science from Stanford University (1993).