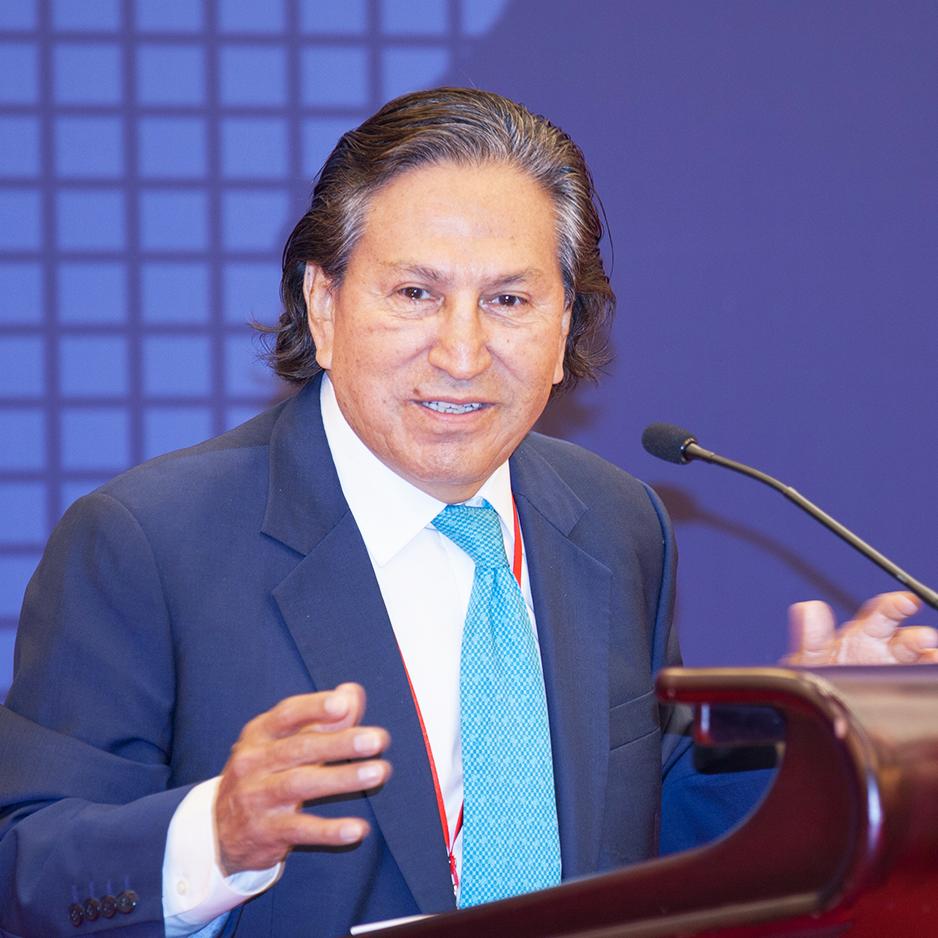 Dr. Alejandro Toledo was elected President of Peru in 2001. Before becoming President, Dr. Toledo worked for the World Bank and the Inter-American Development Bank in Washington, D.C., and the United Nations in New York. Toledo received a BA in Economics and Business Administration from the University of San Francisco. He has an MA in Economics, and an MA and Ph.D. in the Economics of Human Resources from the School Education, Stanford University. During his academic career, Dr. Toledo was a Visiting Scholar at Harvard University and a Research Associate at Waseda University in Tokyo. After finishing his term as President, Toledo was a Distinguished Fellow in Residence at the Stanford University’s Center for Advanced Study in the Behavioral Sciences. In 2009-2010 Dr. Toledo was a Distinguished Visiting Scholar at the School of Advanced International Studies at Johns Hopkins University in Washington, D.C., and also a Non-Resident Senior Fellow in Foreign Policy and Global Economy and Development at the Brookings Institution. He currently is a distinguished professor at Emerging Markets Institute, Beijing Normal University.