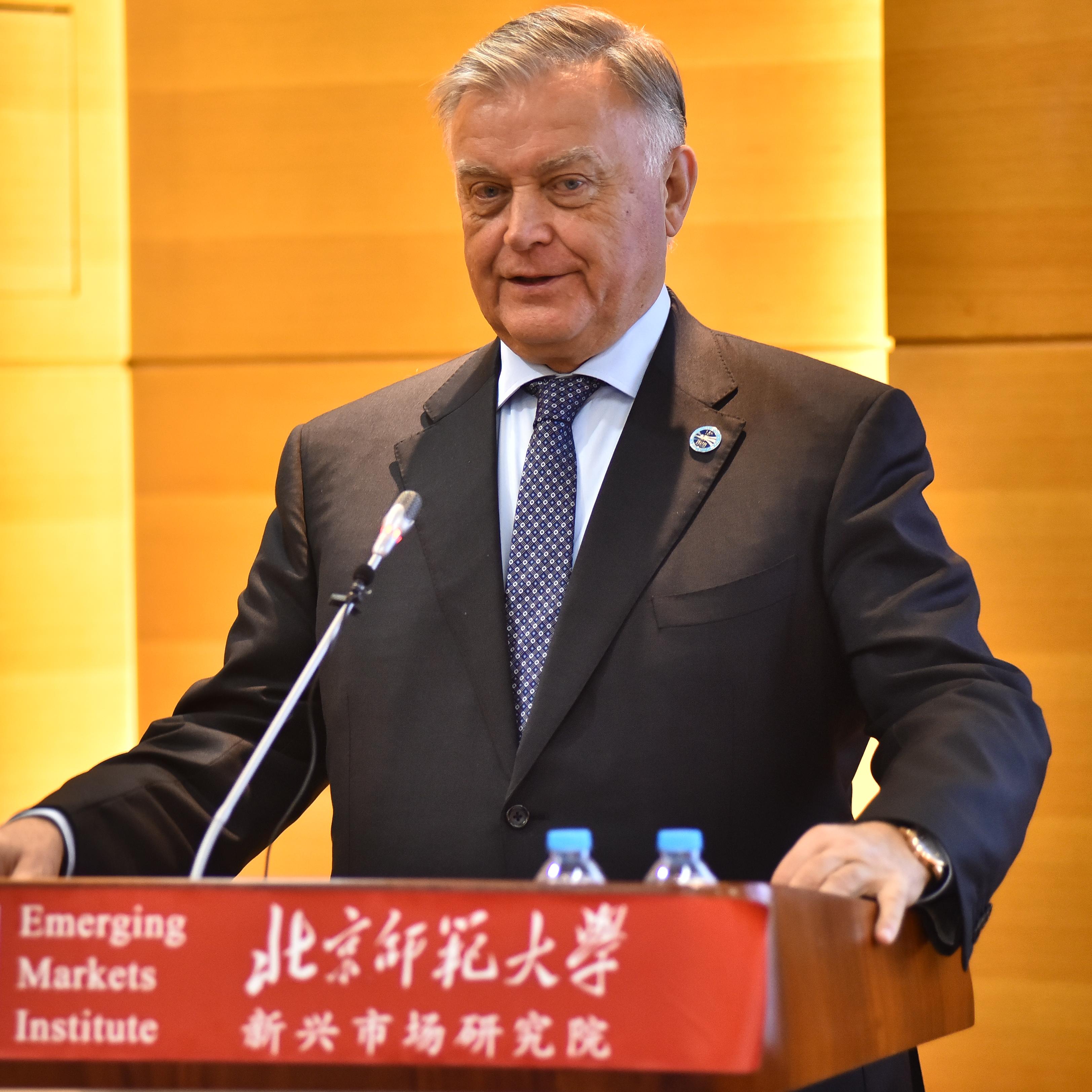 Vladimir Yakunin, former president of Russian Railways. Between the years of 1985-1991, Vladimir Yakunin is the second and first secretary of the Soviet Union’s permanent representative office at the UN, New York. In October 2000, he was appointed Deputy Minister of Transport of the Russian Federation. In February 2002, he was appointed first Deputy Minister of Railways of the Russian Federation. In October 2003, he was appointed first Vice President of the newly established joint-stock company Russian Railways (RZD). Since 2005, he had been the CEO of Russian Railways, and re-appointed in 2008 until 2015. In 2006, he founded the Dialogue of Civilizations Research Institute and was appointed Chairman of the Supervisory Board of the Institute. He currently is a distinguished professor at Emerging Markets Institute, Beijing Normal University.