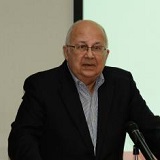 ISMAIL SERAGELDIN, The Emeritus Founding Director of the Bibliotheca Alexandrina (BA), the new Library of Alexandria, inaugurated in 2002, is currently, and member of the Board of Trustees of the Library of Alexandria. He is advisor to the Egyptian Prime Minister in matters concerning culture, science, and museums, and Advisor to the Shaikh Al-Azhar on the design of the new Library of al-Azhar. He serves as Chair and Member of a number of advisory committees for academic, research, scientific and international institutions, including as co-Chair of the Nizami Ganjavi International Center (NGIC), and serves on the Board of the Science and technology for Society (STS) Japan, and is a member of the Council of the World Food Prize, and the Steering Committee of the Innovation for a Cool Earth (ICEF) in Tokyo.

He has held many international positions including as Vice President of the World Bank (1993–2000). He also co-chaired the African Union’s high level panel for Biotechnology (2006) and again for Science, Technology and Innovation (STI) in 2012-2013, and was a member of the ICANN Panel for the review of the internet future (2013). He was the founding Chair (1996-2000) of the Global Water Partnership (GWP) and World Commission on water for the 21st century (1999-2000) the Founding Chairman (1996-2000) of the Consultative Group to assist the Poorest (CGSP) a microfinance program, and the Chairman (1994-2000) of the Consultative Group for International Agricultural Research (CGIAR) and the co-chair of the Inter Academy Panel on Capacity Building for Science Research (2002-2004). He has served on the Advisory Committee of the World Social Science Report for 2013 and 2016, as well as the UNESCO-supported World Water Scenarios (2013) and the executive council of the Encyclopedia of Life (2010) and Chaired the Executive Council of the World Digital Library (2010-2017). More recently he was a member of the National Academies’ panel on Human Genome editing (2017). For Now, he is also the one of the distinguished professors of EMI.

Dr. Serageldin has received many awards including: First recipient of Grameen Foundation (USA) Award for a lifetime commitment to combating poverty, (1999); Officer of the Order of Arts and Letters awarded by the government of France (2003); Pablo Neruda Medal of Honor, awarded by the Government of Chile (2004); The Bajaj Award for promoting Ghandian values outside India (2006); Order of the Rising Sun – Gold and Silver Star awarded by the Emperor of Japan (2008); Champion of Youth Award by the World Youth Congress, Quebec (2008); Knight of the French Legion of Honor awarded by the President of France (2008); The Swaminathan Award for Environmental Protection (Chennai, India, 2010); Millennium Excellence Award for Lifetime Africa Achievement Prize, by the Excellence Awards Foundation, Ghana (2010); The Public Welfare Medal, by the National Academy of Sciences, Washington DC (2011); Commander of the Order of Arts & Letters awarded by the government of France (2011); Nizami Ganjavi Gold Medal of the Republic of Azerbaijan awarded by Azerbaijan National Academy of Sciences (2015); The “Dostlug” Order (Order of Friendship) of Azerbaijan awarded by President of Azerbaijan (2015); Marianna V. Vardinoyannis Foundation Award (2016); Honorary Sign of the President of the Bulgarian Academy of Sciences (2016).

He has lectured widely all over the world including delivering the Mandela Lecture (Johannesburg, 2011), the Nexus Lecture (Netherlands, 2011), the Keynote Address to the First International Summit of the Book (Washington DC, 2012). He was distinguished professor at Wageningen University and at the College de France. He has published over 100 books and monographs and over 500 papers on a variety of topics including biotechnology, rural development, sustainability, and the value of science to society. He holds a Bachelor of Science degree in engineering from Cairo University and Master’s degree and a PhD from Harvard University and has received over 35 honorary doctorates.