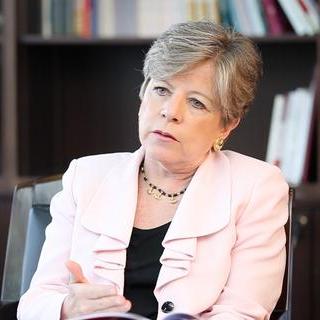 Ms. Bárcena Ibarra received a Bachelor of Science in Biology from the Universidad Nacional Autonoma de Mexico and a master's degree in public administration from Harvard University

In the academic field, Ms. Bárcena Ibarra worked closely with the Mayan community at the Southeast Regional Centre of the National Institute of Biological Resources Survey in Yucatan. She studies and teaches natural sciences in the fields of botany, human botany and ecology. She has published a series of papers on sustainable development, mainly on finance, public policy, environment and public participation.